August polling of U.S. CFOs shows America’s finance chiefs among least optimistic of the C-Suite, as majority expect business conditions to remain challenging for at least another year.

Only two weeks after sister publications Chief Executive and Corporate Board Member reported a sudden turnaround in CEO and director optimism, StrategicCFO360’s August reading of CFO Confidence Index shows not all members of the C-Suite are aligned over the future of the U.S. economy—and what that entails for business.

CFOs’ rating of the current business environment dropped 12 percent in August, amid persistent volatility. The Index is now at 5.9, measured on a 10-point scale where 10 is Excellent and 1 is Poor, down from 6.7 in May, when we last conducted the poll. That is an 11 percent decline since the start of the year.

The next 12 months don’t seem to be bringing any hope to America’s finance chiefs either, as only 36 percent of those polled expect conditions to improve—though that proportion is up slightly from 31 percent last quarter. Overall, CFOs forecast business conditions to rank a 5.8 out of 10 by this time next year, down nearly 8 percent from their 6.2 outlook in May and a 2.5 percent slide from where it is today. That projection is 12 percent below January forecasts and represents a 15 percent year-over-year drop. At 5.8, our leading indicator is now at the lowest level recorded since the Index’s inception in the fall of 2020.

CFOs say despite last week’s key inflation reports that showed some easing, they believe inflation remains too high for the Fed to change course on raising rates in September. As a result, they expect consumer demand and business investments to decrease further in the near term.

“Economic activity will decrease due to persistent high inflation and energy prices,” said Robert Alessandrini, CFO of staffing agency The Judge Group, adding, among other factors, that “consumer debt is approaching max levels and consumers will not be able to handle more debt.”

The CFO of a large international consumer manufacturer agrees: “Consumers will soon begin to get ‘tapped out’ trying to keep up with inflation.”

“I’m starting to see uncertainties in the residential market, housing prices are starting to soften,” said Nate Cohen, CFO of industrial manufacturer Cohen Architectural Woodworking. “I believe this is an early indicator of what could happen on the commercial market.”

“I work with early-stage companies and the funding has slowed,” said the CFO of a financial services company. He nonetheless says he expects it to pick back up. “Many are still on the same or similar growth path as the same time last year.”

“Seems like we are in a slowdown, as the markets continue to fluctuate with rates, war and inflation,” said the CFO of a professional services firm. “I think we will kick out of it in the next 12 months.”

The 106 finance executives polled August 9 to 11 also say they expect supply chain and labor issues to continue for some time still, further compounding companies’ challenges for months to come, including a war in Europe and rising tensions in the South China Sea.

“The impact of rising material prices, some supply chain erosion and evolution in our industry (commercial print and targeted variable direct mail)” are what’s driving one CFO’s forecast.

“Demand remains strong in the U.S. among consumer-leading brands who continue to use our services,” said the CFO of a digital ad company. “But this is somewhat muted by slowing in Europe.”

The continuation of the decline that began earlier this year, with the onset of the war in Ukraine and the multiplication of reports announcing an inflation-fueled recession ahead, is a stark contrast to the sentiment gathered from other members of the C-Suite.

CEO confidence climbed 14 percent in the first week of August, even before the latest inflation reports showed easing. Optimism also rose among board members in the U.S., albeit by a smaller margin (+4 percent MoM), though still an important uptick after five consecutive months of decline. CIOs also shared renewed optimism for the year ahead, with the CIO Confidence Index up 8 percent since Q2.

All eyes are now on the CHRO report, coming out at the end of the month (that Index was down last quarter, though CHROs are typically among the most optimistic of the C-Suite, according to our findings).

While 82 percent of the CFOs participating in our August poll say the U.S. economy is currently in a recession (34 percent) or at least a slowdown (49 percent)—with an additional 2 percent saying we’re in a depression—less than 60 percent expect that to be the case by the end of the year.

Instead, when asked to share their outlook for the U.S. economy over the next 3 to 6 months, the results are mixed: 8 percent predict a depression, 29 percent expect a recession, 21 percent forecast a slowdown, and 25 percent believe conditions will remain flat. The balance of 17 percent say we will be in a recovery or back in a growth cycle—and 1 percent didn’t want to venture a projection.

Those numbers are fairly in line with those of CEOs.

“While we do expect some natural slowdown as interest rates rise, our work backlog and sales pipeline do not align with media reports of a recession,” said the CFO of a mid-sized software company, who notes the company has not yet experienced the effect of the slowdown.

“The economy seems to be stabilizing,” said Jeff Sanders, CFO at online publisher Quillt Media. “[I’m] hoping the Fed doesn’t overreact and push us into a recession.”

“Interest rates and inflation are bound to catch up, and there will be some downturn in the next year,” said the CFO of a mid-sized construction company in the Midwest. “How long that lasts remains to be seen.”

With so many potential variables affecting near-term outlooks, the majority of CFOs nevertheless expect business to be profitable over the next 12 months. Our data shows 63 percent expect profits to have increased by this time next year (vs. 60 percent when polled in May), and 74 percent forecast increasing revenues over the same period (from 75 percent last quarter).

Those numbers are fairly in line with where they were in August of 2021, before inflation became a recurring headline. Rather, the biggest changes recorded by our Index when looking at YoY data are within spending plans.

Slightly more than a third (37 percent) of CFOs now expect to increase capital expenditures over the next 12 months, compared to 51 percent at this time last year—a decrease of 27 percent. Similarly, 48 percent expect to add to their headcount within the next year, vs. 61 percent in August 2021—down 21 percent.

Even looking at the latest set of data collected last May, the decline also looks steep: the proportion of CFOs planning to increase capex in the months ahead dropped 11 percent since our May polling, while those expecting to recruit new employees decreased 24 percent.

Instead, 71 percent of CFOs say they intend to focus on retaining current employees by increasing base pay, and 36 percent are also planning to bump incentive compensation. Furthermore, 46 percent say they plan to increase access to training programs, including upskilling and career pathing, as part of their talent strategy.

Companies’ cash/debt ratio has also been fluctuating considerably, according to the data. Forty percent of CFOs expect to increase their cash position over the next 12 months—down 20 percent since May and down 27 percent year over year—and 23 percent expect to take on new debt—down from 27 percent last quarter but back in line with August 2021 levels.

The CFO Confidence Index is a recurring flash poll of CFOs and finance chiefs on their perspective of the economy and how policies and current events are affecting their companies and strategies. Throughout the year, StrategicCFO360 surveys hundreds of CFOs across America, at organizations of all types and sizes, to compile our CFO Confidence Index data. The Index tracks confidence in current and future business environments, as well as their forecast for their company’s revenue, profit, capex and cash/debt ratio for the year ahead. Learn more at StrategicCFO360.com/CFO-Confidence-Index 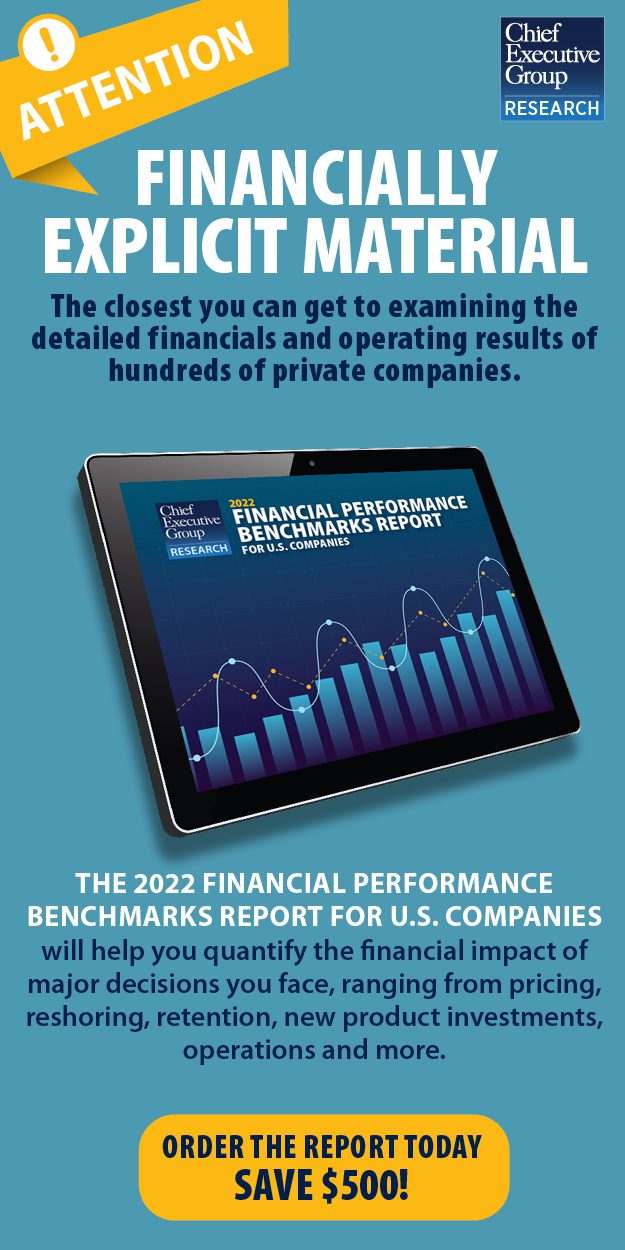