How CFOs At 3 Companies Are Leveraging Data To Transform Finance Nasdaq, Zeta Global and LogicSource are taking varied approaches to reach some of the same ends.

As CFOs broaden their roles, they must be supported by data to aid cross-departmental decision-making and to help drive business objectives. Three financial chiefs with experience in leveraging data shared with Chief Executive Group’s recent Strategic CFO Forum their approaches to maximizing the value of their company’s data and analytics.

Here are their takes on an important theme, which they discussed with theaudience of finance leaders:

Use Data to Break Out of the ‘Finance’ Mold

Chris Greiner is CFO of Zeta Global, a marketing-tech company based in New York, which he joined in 2020 from CFO of LivePerson. He immediately dug into how to transform his position into a sort of “chief decision officer,” and Greiner knew that he’d have to boost the quantity and quality of available data to do that. 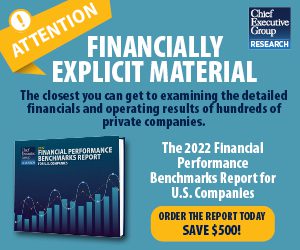 “How can you engineer your teams to be able to connect the systems and data and build predictive models that scenario-test?” he said. “How do you take in lessons [and] make good smart bets, but at the same time not undermine long-term growth?”

In making those decisions, in part Greiner leaned on what a board member of one of his previous employers had told him several years earlier. “He started asking me questions about next year’s plan, about hyper-growth and margin expansion, and I went down the traditional route of the finance brain, talking about metrics and productivity,” Greiner recalled.

“Then he stopped me and said, ‘I want you to think about it as a recipe, an order of operations, [and] clear your brain of ‘productivity.’ That won’t drive growth or margin expansion. What will is first doing everything in the organization you can to invest in quality—quality of the benefits for employees, quality of processes, quality of product. Then once you’ve nailed quality, focus on speed, get rid of the red tape and bureaucracy, and of finance being a traffic cop. Then productivity will take care of itself.’

“I took that lesson to LivePerson,” Greiner said, and the New York based customer-care platform grew from a $600 million market cap when he started there to around $4 billion when he left.

At Zeta Global, he said, he’s using data in part to “put all resources closer to where value is created. Everything in the middle is ripe for automation,” Greiner said, “and should be reduced, because there’s not value in the middle. How can you make an organization look like a barbell and drive hyper-growth and margin expansion at the same time? You need things that are repeatable. You give sales and product development more people and squeeze out the people in the middle.”

Use Data to Learn What Your Employees Are Doing

LogicSource is a provider of sourcing and procurement systems based in Norwalk, Connecticut, and Niki Heim joined as CFO in 2014 “when it was in startup mode,” she said. “There were no repeatable processes and very little analytics, and no forecasting tool.” So she installed an ERP system.

Heim also installed a database that included time tracking of employees. “We looked at activity-based costing so we could see where every dollar of revenues would be spent and where it hit the bottom line,” she said. “But the biggest thing we’ve done, that took the most from an ideological standpoint, was implementing a time-tracking system for [staff]. We had to know what our people were working on, how much time it was taking, and when they would be available.”

The experts LogicSource was adding were “mostly from the [logistics] industry and not used to having their time tracked,” Heim said. At first the system “felt very intrusive. People would say, ‘You’re spying on me. You want to know what I’m doing,’” Heim acknowledged.

“But over time as they started to see people putting in their time correctly, and spending time on forecasting what they were working on and when, there were groups that started to get additional resources. So they started to understand. Some groups now do this phenomenally, and others still struggle. Everyone is afraid to say they’re not busy, but they have down time between projects. There’s been a lot of change management across the business, but as people started to see the results of time tracking, they bought into it.”

Use Data to Optimize Acquisitions

Nasdaq has made several acquisitions in the last few years as the New York-based company known for its stock listings diversifies into areas such as banking and investment technology. For Ann Dennison, the company’s executive vice president and CFO, integrating IT systems and databases has been a continual challenge, but she has applied a handful of principles to help digest the acquisitions and keep Nasdaq on its growth track.

“We end up with good data in different form from every single entity we own, and from different workflows,” she said. “It’s hard to put the pieces together [in] a way that can tell the Nasdaq story in one way, but we don’t have the cleanliness of one uniform way of doing it. We won’t ever get to that place.”

But what Dennison has done is “step back and think about what’s important to do holistically, and what data you need for decision-making, rather than trying to boil the ocean.”

One result of that process has been using data to “focus on investing for growth in the long term,” she said. “We don’t want to make short-term decisions that starve our ability to grow for the long term. But as a public company, we have to manage through that with investors. What are the scenarios?

“This is where good data and technology help you understand what could happen, especially with multiple businesses that react to things differently—like where you can lean in and find efficiencies. And how do you make sure you don’t starve the areas that drive value for the business when we come out of” an anticipated recession.