How To Grow Your Pricing Power In 2023 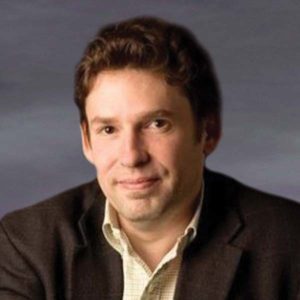 The fight against inflation has moved from a crisis to a lifestyle. Tips from pricing expert Adam Echter on what to do in the year ahead.

Inflation may be weakening, but it’s not going away. That’s why pricing expert Adam Echter—who has spent almost every hour of the last three years first explaining to companies how a coming inflation would impact their business, and then helping them do something about it—now finds himself helping executive teams dig in for the long haul.

In his work at pricing consultancy Simon-Kucher & Partners, Echter has become the go-to guy for many CEOs, CFOs and boards as they struggled to make sense of how they were selling and for how much as we moved from the era of growth and revenue at any cost to a refocus on cash and profitability.

In a new book, Beating Inflation: An Agile, Concrete and Effective Corporate Guide, which he wrote with Hermann Simon, the firm’s co-founder, he lays out a gameplan they’ve devised based on hard-won experience and more than a little research over the years. 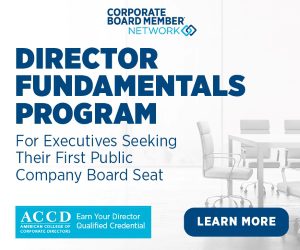 And on January 25, he’ll once again join the Chief Executive community with an exclusive online masterclass—the latest in a four-part series we’ve hosted for the last few months—focused on building a long-term pricing strategy now that the fight against inflation has moved from a crisis to a corporate lifestyle.

I talked with Echter recently about the road ahead in 2023. What follows is edited for length and clarity.

What’s your big tip for CEOs and CFOs as we head into 2023 and inflation becomes more endemic and less of a crisis. What do we need to be doing first and foremost?

If the last few years were observing that inflation was coming and then figuring out how to tactically respond almost in an emergency mode, we are now entering a phase where people are realizing it’s going to persist for a while. We’re not going to prognosticate on exactly how high and for how long, but let’s say it’s between 5 and 10 percent for three years. That’s pretty significant.

So now executives really need to switch mindset toward building agility and processes and systems to accommodate that world. It’s been so long since we’ve seen anything like that, that the era of a 3 percent price increase once a year is going to be replaced by the 4 to 5 percent price increase every quarter. And if you think about what it takes to pull that off, that’s leadership, that’s systems, that’s people, that’s training and that’s what executives need to be prepared for in 2023.

How do we get started with that? What are the fundamentals that we need to tackle now?

I think the expression of the year is going to be pricing power. We definitely saw that come into the vocabulary quite a bit in 2022 when people were just trying to figure out how to react. But going forward, the topic of the day will be for executives to move through pricing power and think about it in three very specific ways.

One is, what is my pricing power? I think last year a lot of people learned they had more than they maybe thought. And when people went out and exercised price increases, they yielded more than they ever expected. There’s a lot of methods and techniques that companies can use to get a much better understanding of pricing power. So that’s step one: Where am I?

Once you understand where you are, if you find that there’s a gap between the value you’re delivering, the prices you’re charging and that you do have some power, there’s a lot of tactical things that can be done to close that gap and keep up with inflation. And I think we’re going to see a lot of executives trying to execute those throughout 2023.

Once those two steps have been done, the natural extension is: How do I move my pricing power? If it’s good, how do I get more? If it’s bad, how do I get it better? You’ll see that last piece of evolving your pricing power and improving it over time become a primary objective in 2023.

Meanwhile, all of our rivals will also be looking for other ways to get ahead. So give us some tips about competing in this era of inflation.

So that will include being more responsive to your own cost changes, having a better understanding of what your competition is doing, moving quickly to them.

The three elements that drive what your price should be are your cost, your competition, and your value or willingness to pay.

Companies who can understand how cost is moving quickly, how competition is moving in different segments and different product lines and then also how value and willingness to pay is fluctuating [will thrive].

Because despite being an inflationary time, there are several markets where the answer for the last few years has been decreased price, where demand has gone down, where interest has gone down, that always happens. Prices always move up and down. And so to compete, you’ve got to be more agile, more aware of how those three factors are moving and put yourself in a position to have more flexibility.

Everyone’s waking up to the idea that this is now something that we’re going to be living with year after year after year. Give us a tip about leading the sales force and the rest of the team as we basically have to take on pricing and pricing challenges as a permanent part of what we do.

So permanence of both inflation and how a company needs to react is another major theme of 2023 and beyond. And so if you think about, you know, that question’s a great one of how do you get that transition from a one and done rah rah over to, we’re going to live with this for a while now it starts at the top. So the message can’t be coming from the middle of the organization.

It really has to come from the top of the organization. There’ll be a lot of effort going into explaining why it’s important. There’s a lot of misperception on fairness of pricing and price changes and sort of a hesitance to move forward with them.

But if you don’t, it’s very simple. A company who can’t provide value to a market and charge prices required to stay in business will no longer be in business. We’re going to go through that process of salespeople needing to understand why it’s important for the longevity of the business to get into these higher cadence cycles and higher increases and that it’s fair and needed. It’s not a nice to have or reactionary response.

As you go from a one-time action to permanence, we should be empathetic to the sellers and if they are really going to have a materially different world in which they’re selling in, helping understand why that world is different and why they need to make changes and then pass that through to the customers so they can explain why it’s not exploitation, why they’re not taking advantage of you, why they are not taking unnecessary acts, but instead they’re just taking rational and needed acts remain a long-term supplier. A lot of the training and coaching in sales is going to be around making sure sellers can overcome those humps.

People who can deal with that environment are going to stick around and have a lot of success in sales. People who don’t want to go through that process of repeating the value they provide, the need for change on an increased cadence are going to exit the sales force.

And this messaging has to come from the top, you say. This isn’t something that can be from the middle, as you say, of the organization.

Absolutely. There’s a lot of evidence that shows companies where executives and specifically the chief executive is involved in pricing, outperform those where it’s tasked out to other ranks. We’re seeing a generational shift in sales behavior from a decade of very low inflation, free money and all the sales behavior you’d expect in that macro environment to a rapid transition to higher inflation, higher borrowing costs and a switch from revenue growth to profitable growth. The only person who can drive that sense of urgency and really make it stick is the chief executive.